In 1905, Petros Thomopoulos, an excellent student in the art of distillation, an art that learnt from its father in the area of Kalamata, creates a unique ouzo. Ouzo Sans Rival (=without competitor) managed to establish itself as a classic, traditional, Greek high quality ouzo with important distinctions.

In 1925, the company relocates its production facilities to Piraeus. Its fame spread very quickly, not only in Greece but also to all the Greeks abroad, gradually creating a great export spreading from USA and Canada to Somalia, Sudan and Australia.

In 1953, Christos Thomopoulos, the son of the founder, took over the reins of the distillery. In a very short time, Ouzo Sans Rival became the representation of the national drink of Greece, monopolizing the ouzo market. Export activities followed the same ascending trend, reaching the distant country of Panama. In 1971, the distillery becomes a Société Anonyme with two up-to-date company-owned factories. Gradually Ouzo Sans Rival managed to be present in more than 50 countries of the world.

Using high quality materials (anise, coriander, fennel, etc.) from the most famous regions of Greece and by collecting, during the distillation, only the "heart" of the distillate of ouzo, Ouzo Sans Rival combines the fine aroma with the refined taste.
Ouzo Sans Rival is the only ouzo with the distinctive taste of bitter almond, which makes it unique. Its light, aromatic palette of almond gives a special and unique character that distinguishes it from all the other Greek Ouzo brands and makes it stand out.

The spirit of a winner

The gold medals awarded in major international exhibitions, and in many other distinction competitions (Brussels 1908, Rome 1911, Egypt 1912, "supplier of the court of The King George I") certify the superiority of Ouzo Sans Rival.

Also, in of those competitions, Sans Rival was rejected from the competition, because of its superiority compared to the other brands of the competition. It is said that the name derives from the fact that one of the judges, while tasting it, exclaimed “sans rival”, which in French means “without competitor/without rival”.

Ouzo Sans Rival has been featured in international magazines like "Jours de France", in films such as “My Big Fat Greek Wedding” and “Peppermint” and in the showcases of famous shops for fine products such as "FAUCHON" in Paris as a typical Greek product. The recipe remains unchanged for over 100 years. 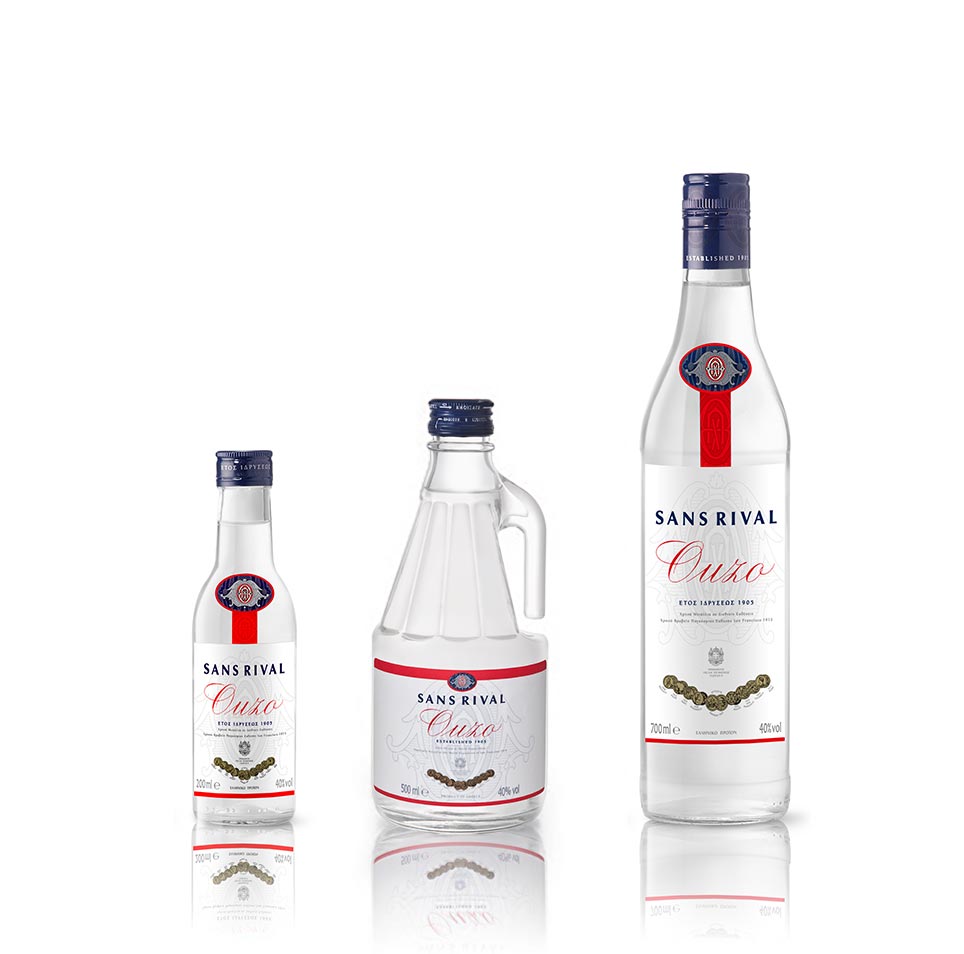 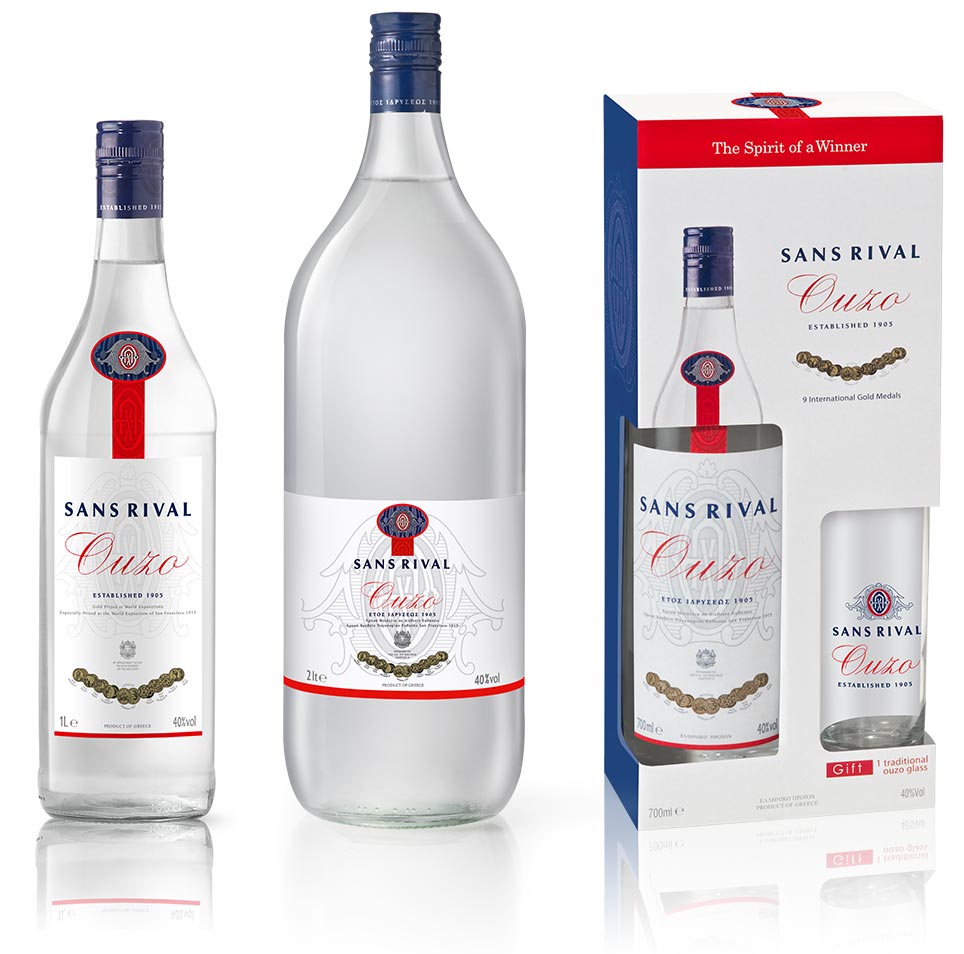 To get access to the webpage, you must be of legal age. Please enter your date of birth.